Grow Where You Are Planted 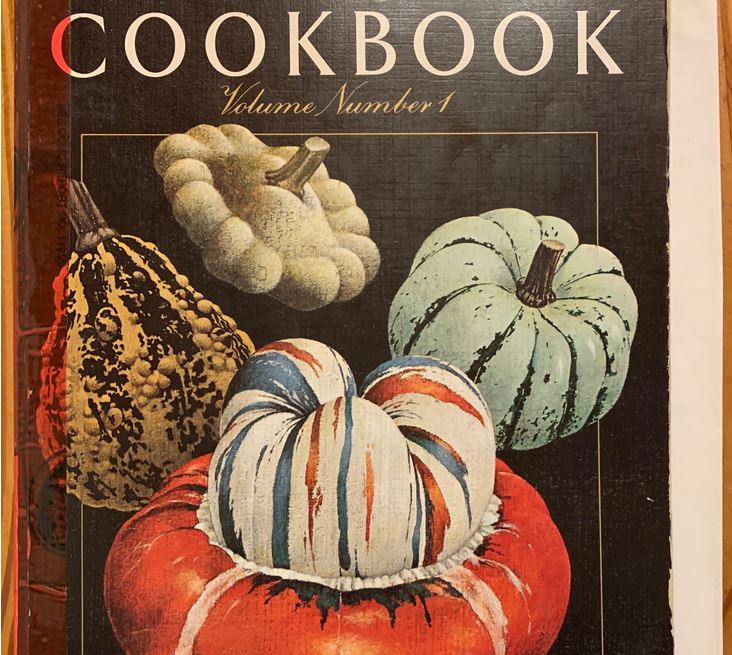 The the first HarrowSmith Cookbook, published in 1981, has a photo of four beautiful and unusual varieties of squash on the cover.

These are squashes that I never saw in my childhood, but this year I grew them in my garden!

The HarrowSmith cookbooks were foundational cookbooks in my life.

I have cooked using recipes from them for forty years and I continue to be inspired by many of the recipes, as they were written by home cooks inspired by food from the earth.

When I plant my garden beds I imagine the meals I will create, and in each bed, vegetables, herbs and flowers grow amongst each other.

Basil abides with tomatoes, dill with the carrots, dahlias dance with peppers and French marigolds hug the brussell sprouts.

This year, as the world succumbed to the Covid-19 pandemic, I decided to honour connection – even when we were all being asked to isolate and disconnect.

I collected 14 varieties of squash seeds and started them in the greenhouse.

There was pumpkins from North America, Mexico, France & South Africa, and squash from Japan, China and North America.

They were transplanted late into a relatively cold spring and were asked to grow.

The squashes were slow, until the heat of late July arrived.

Eventually the pumpkins of the world grew, intermingling while following their genetic coding.

Their habitat was 450 square feet of the earth and on October 18th, I harvested and cleaned them – marvelling at the diversity.

I had grown my own HarrowSmith Cookbook cover!

Planting seeds with intention and imaging the meals and gatherings that will occur around all of the food is a big part of the joy of gardening for me.

I imagine the taste of a Jimmy Nardello pepper mixed with yellow jalapeños in a pepper jam carefully spread on a piece of gorgonzola cheese.

It is always my plan to capture the summer essence of the vegetables and fruit I grow in the jam and preserves I make.

To keep the energy of the summer available to nourish myself & my family when the short days and long cloudy nights of winter are upon us.

Like the painters palette, the summer has given me all the things that I will need to create from the cookbooks of my library.

With gratitude I honour the earth, the squashes and creative connection.

May our human experience be just as rich and alive.